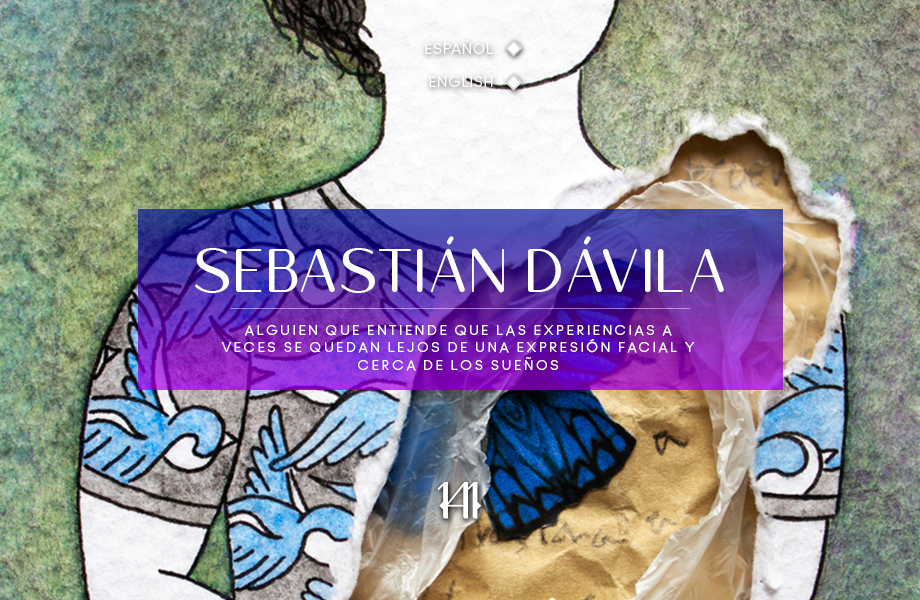 Make mistakes, there are only 2 possible results, you learn what you shouldn’t do anymore or from those mistakes you can get an interesting result.

Being a visual artist who has dabbled in different techniques such as oil painting, Chinese ink, watercolor and tempera, Sebastián Dávila manages to captivate us through his wonderful collage pieces, which have the characteristic of evoking a feeling of tranquility and peace in everyone who sees them.

Talking with the artist, we were able to learn about the long process he had to go through to adapt his line of work to paper, since his motivation was affected by different factors, such as his move to the city of Merida and the understanding of the public’s acceptance, being reflected in this way in his works the different personal changes he lived through.

Throughout this process of growth, characteristic elements of his work have stood out, such as fishes and angels, which, in the words of the artist himself, “these elements seek to transmit a feeling of freedom due to their wings, in the same way the butterflies and their symbolism of metamorphosis and constant evolution”. Another recurring element in his work are boats, which he commented that he includes in his works due to personal experiences and different dreams he has had; but the main theme of his interest, which he seeks to integrate in his work are self-portraits. Inspired by artists such as Frida Kahlo, Sebastián recognizes that starting from his own image he has generated a visual diary that allows him to communicate his experiences. 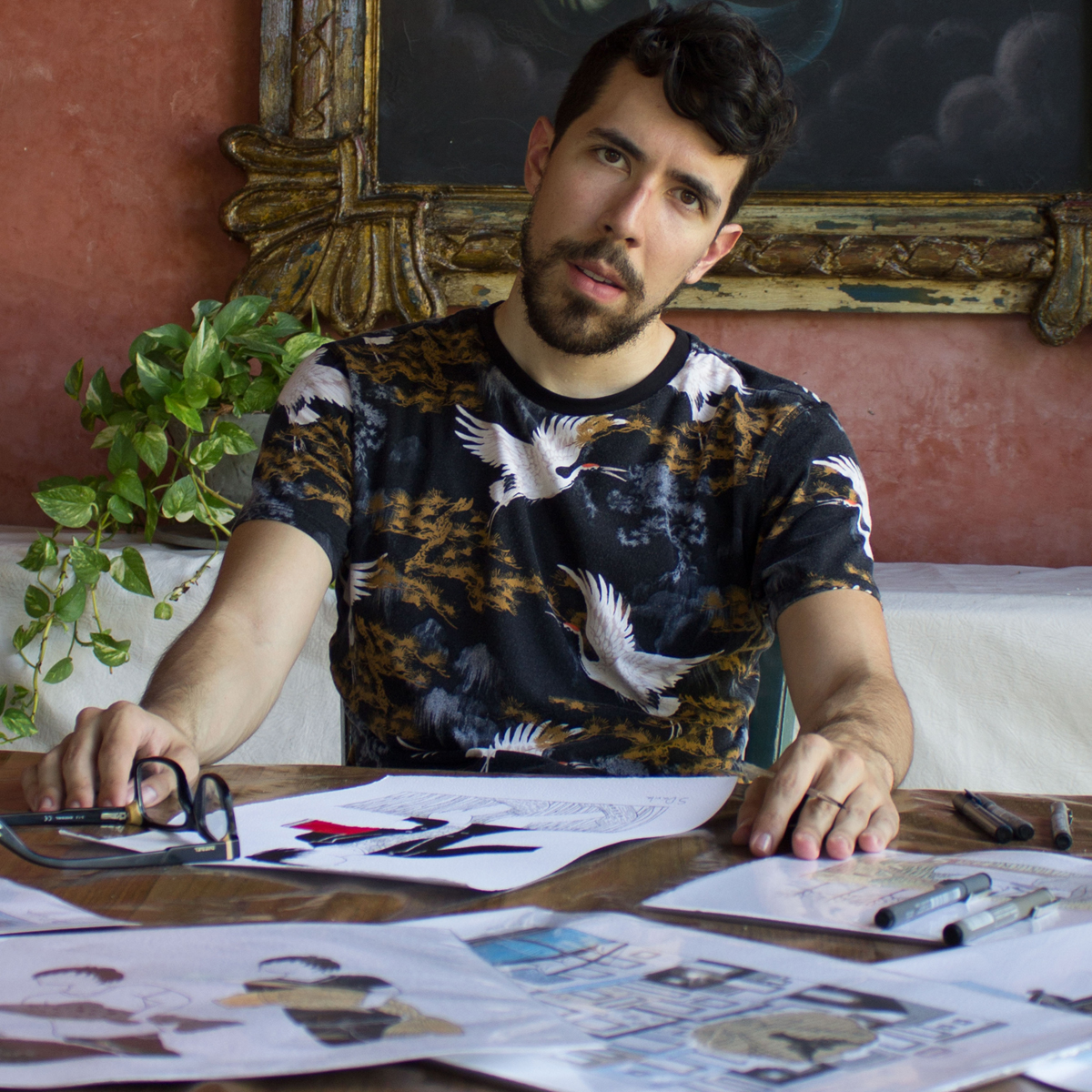 Also, a characteristic that has distinguished Sebastián Dávila’s work is the lack of faces in his different portraits, due to 4 main reasons described by the artist. Initially, this recalls his first contact with illustration at the age of 3, where for no reason, he avoided drawing faces, as well as his taste for surrealist tendencies and as he expresses “in dreams sometimes we don’t see people’s faces”; Other reasons are his desire to show what exists beyond the external, avoiding the face of people and his interest in generating works with which the public can identify and even get to insert their faces in them as there are different stories that many people are sharing at the same time.

Through the different styles, techniques and materials that have been advancing and evolving in Davila’s artistic growth, he determines that one of the signs that identify him are his experiences and the constant change that he lives day by day, which is possible to appreciate in his different works. Being such a changing artist, Sebastián considers that collaborations are elements that allow him to perpetuate art and learn from other artists, while generating support which can be key to the generation of new ideas.

Currently, having changed his way of working as a result of the pandemic, he considers that it is time to be grateful for the technological advances that we have not only for art, but for all professions; being that adaptation and constant progress is necessary to continue maintaining a constant growth and not to pause our activities definitively, but he emphasizes that these new techniques will not replace or compare with the experiences of enjoying a live work and being able to dialogue with it, despite being much cheaper and more powerful tools. He also emphasizes that these tools have given the public the possibility to get to know not only the artist, but also what lies beyond the works, having a direct approach to art and its medium.

For those who have not found the motivation to venture into art or still do not feel like artists, Sebastián invites them to really start doing things, since the pandemic has given us the opportunity and the time to do more things that previously we could not or had never considered. We invite you to look for Sebastián Dávila’s work virtually to see his latest work for Galería Ajolote in Guadalajara, Jalisco and his collaboration with Mombo Gallery in Seville. 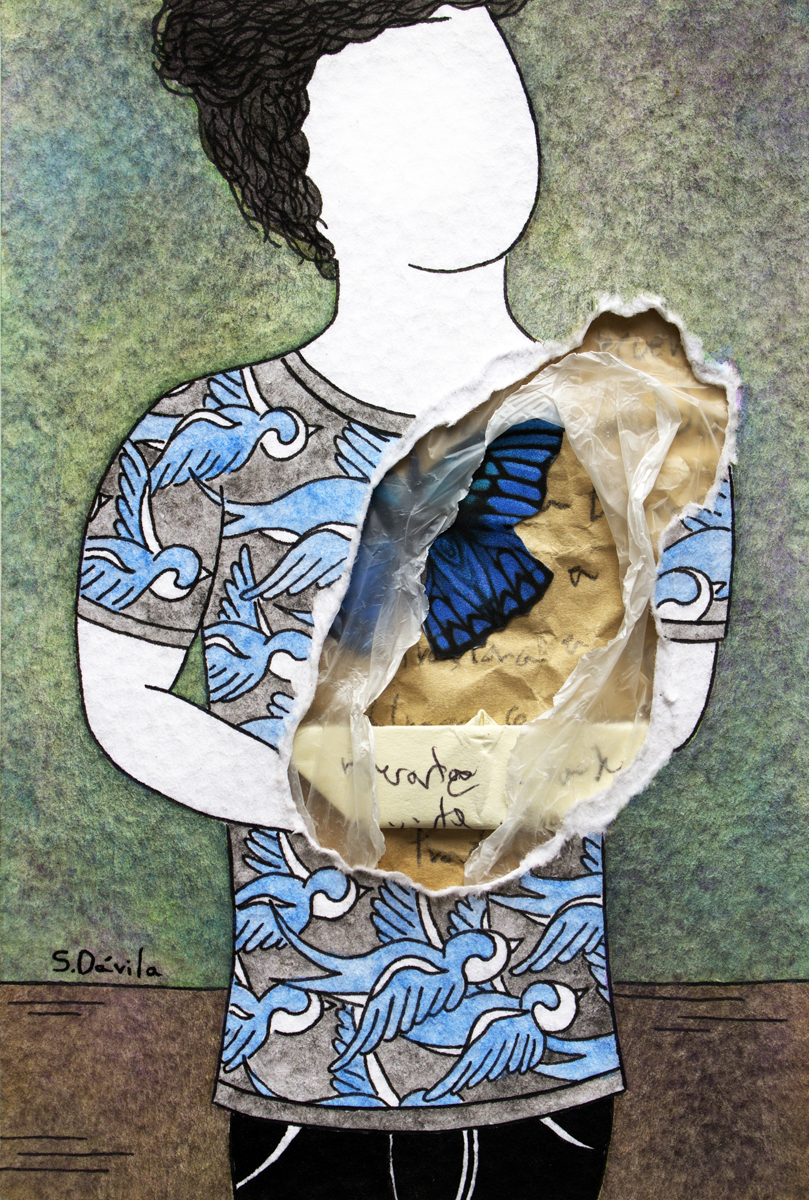 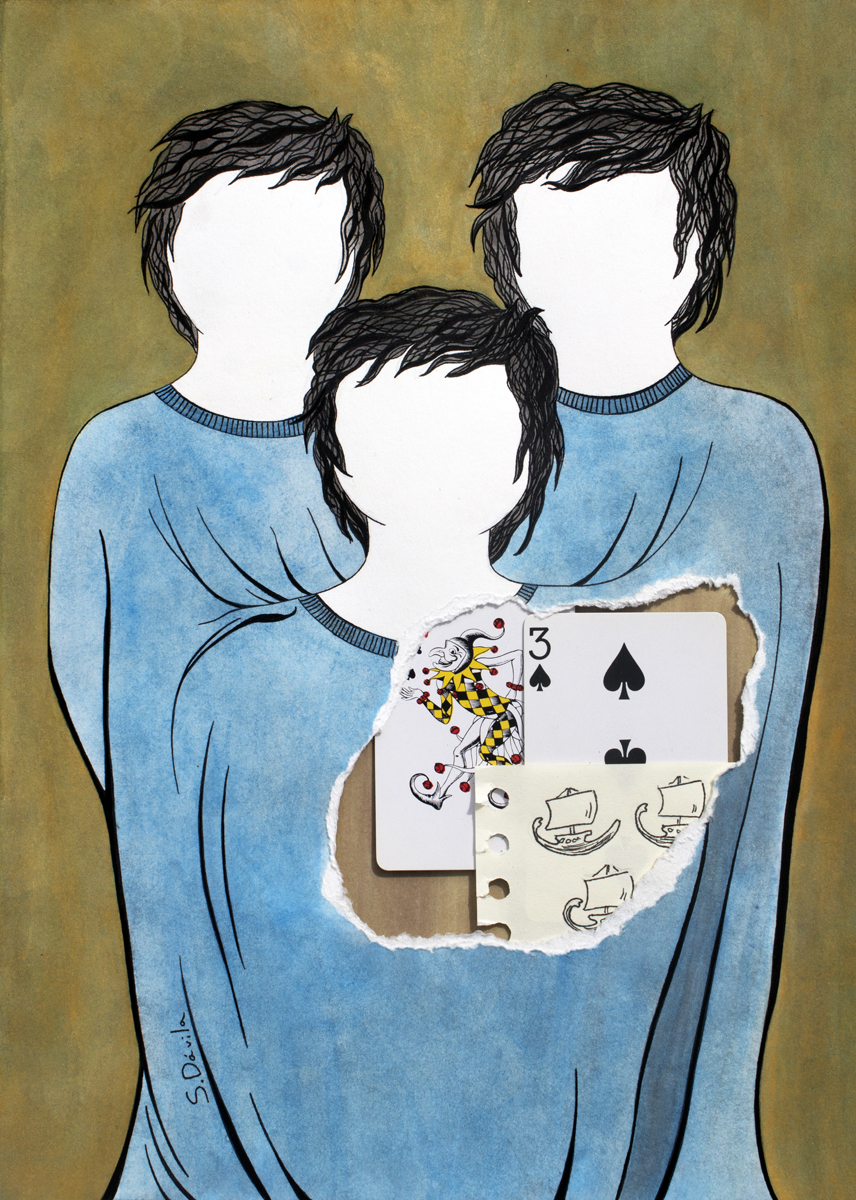 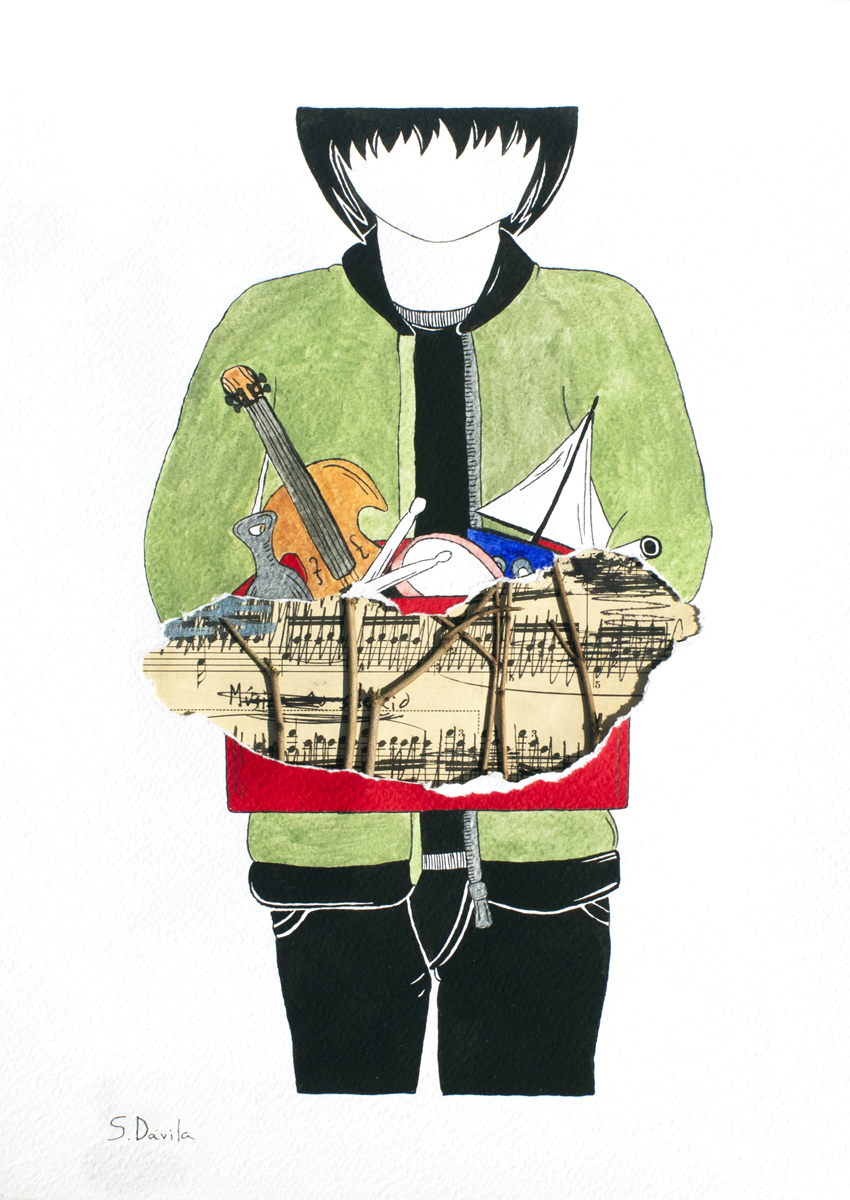 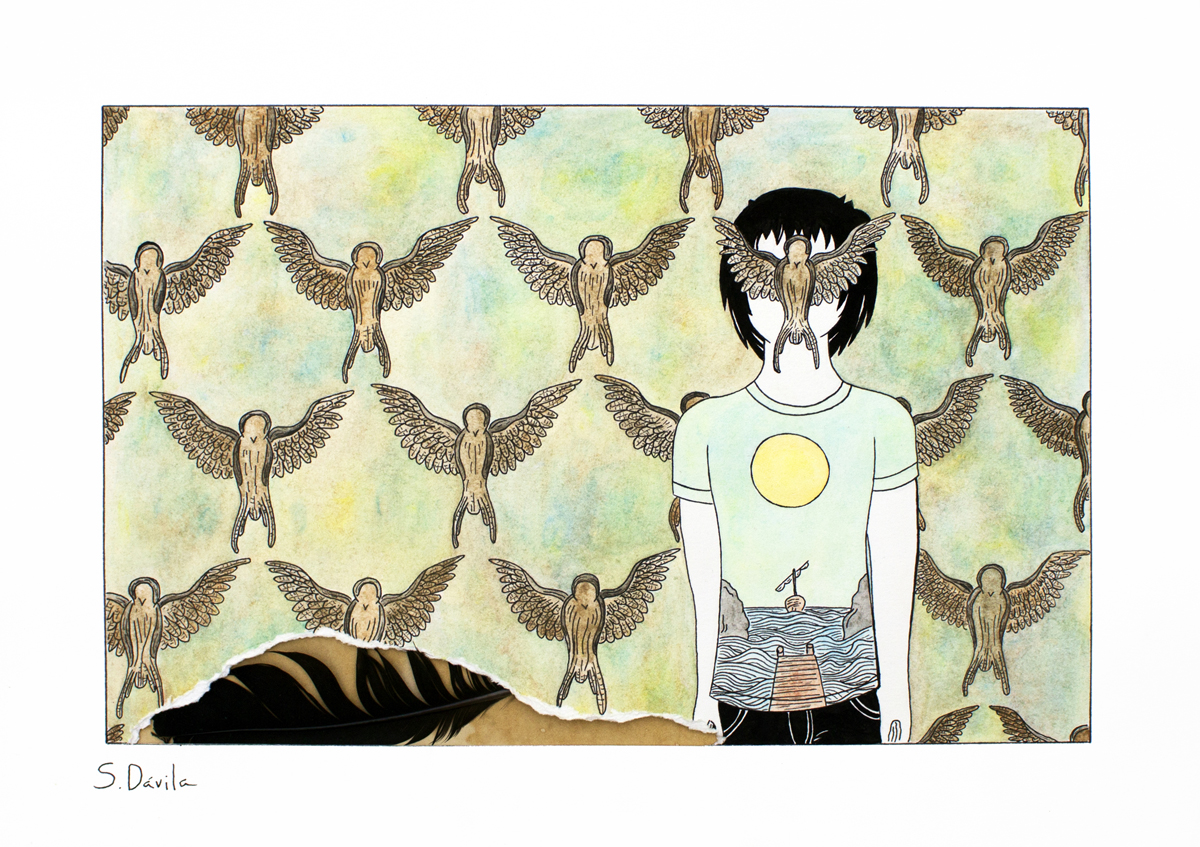 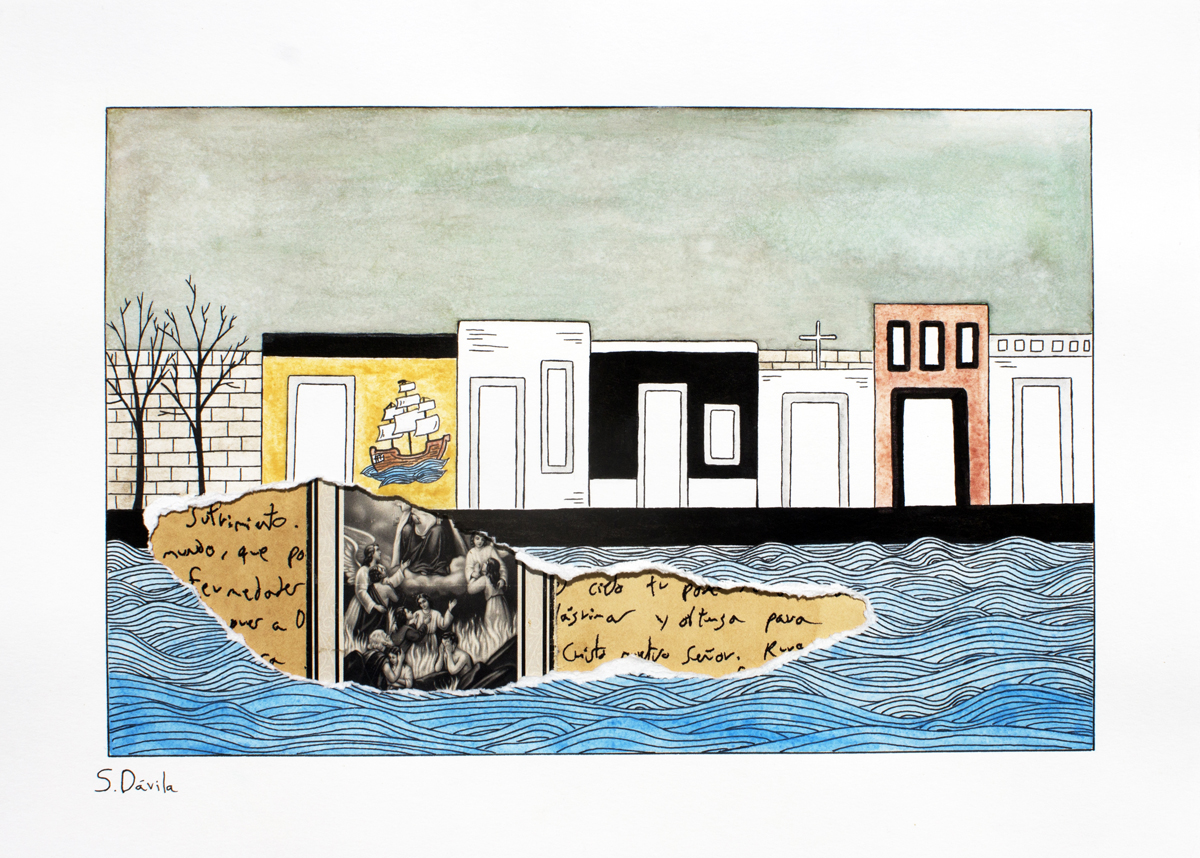